After surviving justice system as a defendant, ex officer wants her life back

Home › After surviving justice system as a defendant, ex officer wants her life back 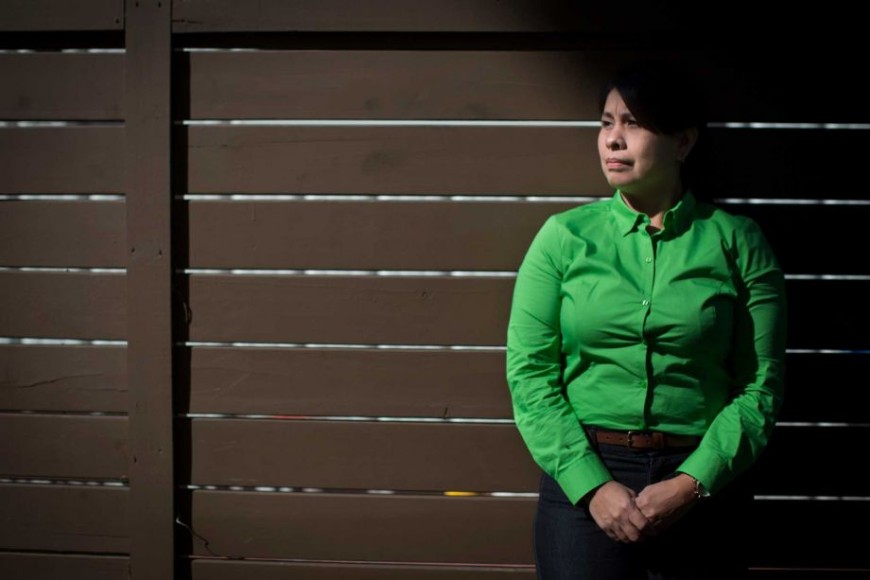 Former McAllen police officer Joan Garza was weak in the knees as jurors recently filed into a federal courtroom to announce her fate.

She cried, prayed and tried not to faint. Would the biggest gamble of her life pay off? She had rejected a plea deal that likely would have led to probation, if she admitted to trying to smuggle two women past the Border Patrol. But there was no way she’d agree to being a felon. Instead, the single mother of two from deep South Texas risked up to 10 years in prison by going to trial in a bid to clear her name.

Then came the verdict. “Not guilty,” the judge announced.

Garza, 37, could barely speak. She hugged her lawyers and made her way toward family in the audience of the Corpus Christi courtroom.

Following the verdict, which came at the end of January, Garza is on a mission to reclaim her life.

She wants people to know she would like to wear a badge again, but that she is open to being a teacher, as she is certified to teach elementary school.

“I just want my life back. I want an opportunity,” she said as she sat in her Houston lawyer’s office. “I would be more than glad to be there for that city or that school district.”

No matter what comes next, she said she will never see the world the way she did before she was arrested by Border Patrol agents last year and charged with trying to smuggle the two women from South Texas to the interior of the United States.

Her judicial journey was rare both because she was an officer at the time of her arrest and because she stood her ground and demanded a trial in the federal system, where 97 percent of the defendants admit to wrongdoing in bids for leniency, according to the U.S. Sentencing Commission.

‘Wanted her day in court’

The number of officers arrested for corruption in the border region is small, but the lure of easy money from smuggling drugs and people has long been a problem. Sheriff’s deputies, police officers, constables and federal agents have all been sent to prison in recent years.

The number of public corruption convictions in the Southern District of Texas, which reaches from Houston to the border, has climbed steadily.

There were 11 such convictions in 2004, but by 2013, there were 83, according to the Department of Justice’s Public Integrity Division. Such cases include law enforcement officers as well as civilians working in government.

As Garza sees it, she landed in federal court for trying to help a friend who asked her to take his relatives along on a trip to San Antonio.

It turned out they were illegally in the country, weren’t really relatives and had used Garza to try and slip through a U.S. Border Patrol checkpoint about 60 miles north of the Rio Grande.

Authorities didn’t believe Garza and contend that an officer who grew up in the region should have known better.

Such checkpoints are located on all major roadways leading from the border region to the U.S. interior and are seen as the last barrier before hitting major cities where someone in the country illegally can disappear into anonymity and no longer fear being caught by immigration officers.

“She was adamant from the beginning that she wanted her day in court,” said Guerra, who represented her along with lawyer Armando Marroquin, of McAllen.

“There is still a stigma that is going to be with her the rest of her life,” Guerra said. “This is something she will have to overcome.”

Speaking for her family

Events leading up to her driving toward the checkpoint that afternoon were set in motion years ago when she was hit by a drunk driver while on duty and injured her shoulder.

She had since been regularly treated by a chiropractor who was from Mexico and worked in the Rio Grande Valley.

They bonded, as he was a single father, and became friends.

When she told him that she was headed to San Antonio with her children for her sister’s birthday, the chiropractor asked if she could give two of his relatives a ride, she said.

This wasn’t unusual, as she had previously taken his daughter to Houston.

But then last summer, as Garza pulled up to the Border Patrol checkpoint, the two passengers sent to her by the chiropractor refused to answer an agent’s questions about their citizenship. They later said that their families had paid smugglers to sneak them farther north, but that they had not previously met Garza.

Agents contend that when Garza first pulled up to their checkpoint, she was asked if everyone in her vehicle was a U.S. citizen, and she said yes.

Garza, however, says she was only answering for her family members, who are U.S. citizens, not for the two adult women, who were from Mexico.

Border Patrol agents soon arrested her. They took away Garza’s shoe laces. She was fingerprinted, photographed and placed in a holding cell with her children – her son, who was 12, and her daughter, who was 8 – in tears.

It was the lowest point in her life, Garza said.

She had not even told them until later that she was a fellow officer. She became an officer after 10 years as a McAllen police department’s 911 operator, where she was a supervisor.

What had tugged at her most during those frantic 911 calls were children who would hide in a closet and call as parents screamed and fought. She could hear beatings in the background.

“We would stay on the line with them until officers arrived,” she said. “I felt I could do more on the streets and help them one on one, instead of just being on the line.”

Garza’s ex-husband came to the checkpoint and picked up their children. She was transferred to a detention center, where she was held for six days in solitary confinement for her own protection.

Looking back on her ordeal, Garza cried and said she let her children down by bringing them into a situation that “will scar them for the rest of their lives.”

She said that while she is not guilty of breaking the law, she is guilty of being wrong about the chiropractor’s character.

She has not spoken to him since she was arrested, as she was forbidden while free on bail from talking to anyone else involved in the case. He has since gone back to Mexico.

“We were of course disappointed with the verdict,” said Angela Dodge, a spokeswoman for the Houston-based U.S. Attorney’s Office for the Southern District of Texas, “but we always respect the jury’s decision.”

Larry Karson, a retired U.S. Customs Service agent who is an assistant professor of criminal justice at the University of Houston-Downtown, said if Garza seeks to again be an officer, she likely would be asked to account for her actions and judgment. Even if she doesn’t have a criminal conviction, the incident still could be taken into account when it comes to hiring her.

“I suspect the best chance for her to have an opportunity to re-enter law enforcement is to find a small department that will listen to her arguments, possibly someone who has known her previously and knows of her innocence,” he said.

McAllen police declined to comment on whether she was eligible to be rehired.

As for Garza, she said she is again able to sleep and wants a job. She said she has run into a few former colleagues who congratulated her on the verdict.

“They say that I’m still their sister in blue,” she said.

4 Tips For When You’re In A Traffic Stop 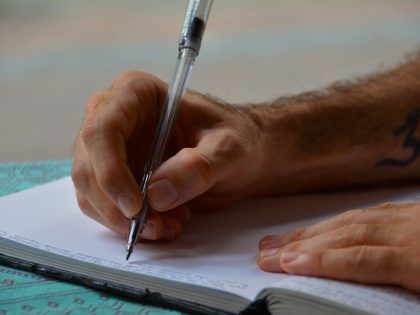 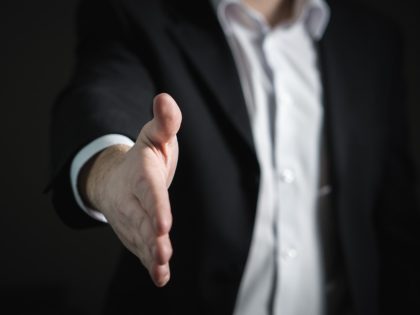 Don’t be Pushed Out of Your Partnership 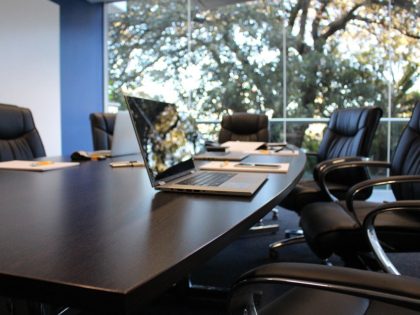 What is Business Law? 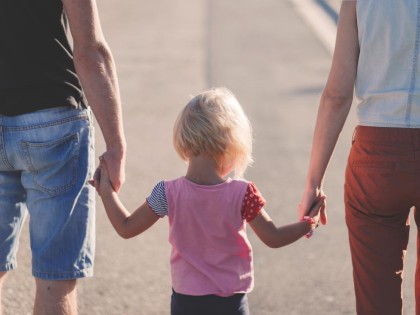 Support For Your Divorce 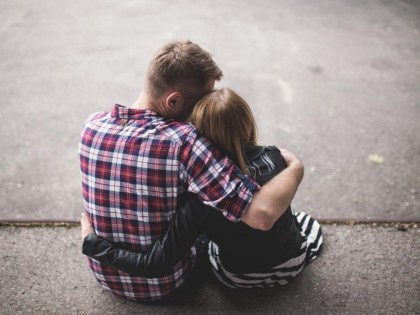 Separation Doesn’t Have To Be Painful 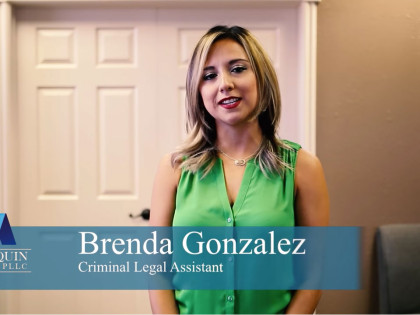 4 Tips For When You’re In A Traffic Stop

Each one of our team members has always been 100 percent committed to working tirelessly to defend our clients. Our professionalism, steadfast determination, and strong work ethic have led us to become one of the leading law practices in the Rio Grande Valley.